Getting close to the end!

Sorry I've taken so long to update this site. Rick has done a lot of wiring work since April 20, and we're ready to put the shingles up next week! Here's what has been happening in the past several weeks.

First, I forgot to mention that the system components had to be inspected. My cat Ragu inspected the inverter, 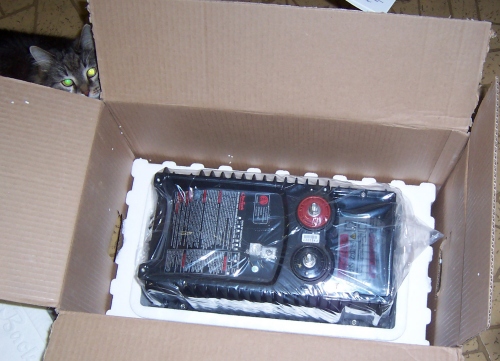 while Marcos checked out the solar shingles. 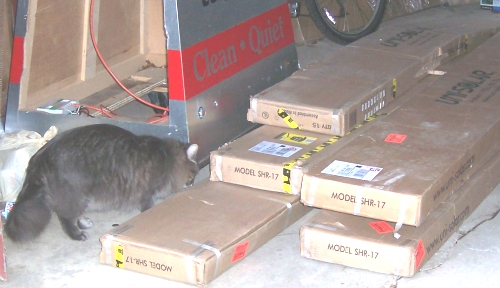 After the major system components were installed, Rick did a lot of work with the AC wiring. I currently don't have any 220-volt loads. If I did, they would have to run directly off of the grid, since I only bought one 120-V inverter. So Rick put the 220 breakers into the original power panel, and split the 110 breakers between the auxiliary panel that was installed when the house was added on to (before I bought it--center of picture below), and the new AC panel that is part of the Outback system. 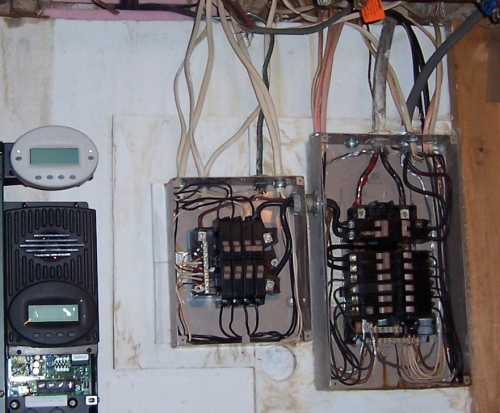 Rick also replaced the service-entry cable, since the old one had cracked insulation which was letting water in (never a good thing in electrical systems!).

This week, Rick worked on the DC side. Using 880 pumps on a crimping tool he borrowed from McNaughton-McKay Electrical, he attached lugs to the battery cables: 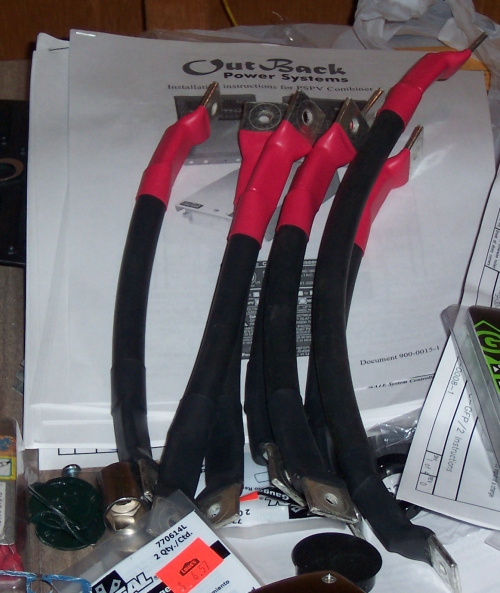 He also ran the 4ga DC wires through the conduit from the basement to the attic. 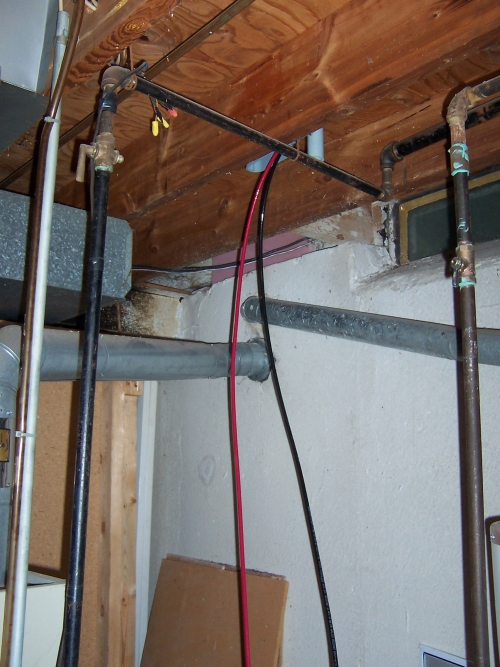 The basement wiring is now just about complete. 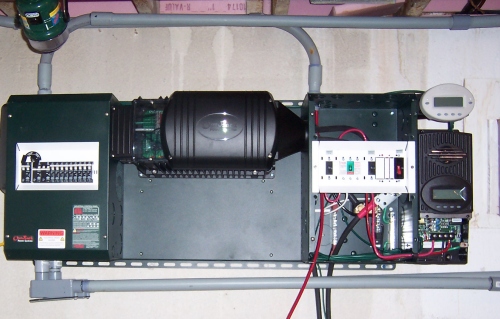 Next week, probably Thursday, we will strip the old roof (south-facing side only) and install a new one comprised of 84 Unisolar PV shingles and enough ordinary shingles to cover the rest. We will be using Elk Versashield underlayment under the solar shingles as recommended by Unisolar.

Once the shingles are in place, we'll have to wire them up in the attic and connect them to the rest of the system. I'm still waiting on some 4-amp DC breakers I ordered from Virginia; hopefully they will arrive before we're finished with everything else. After that, we should be able to turn the system on!

Once we're done, I'll tally up all of the materials and costs of the project. (Guess what--it's costing me more than I estimated!) After that will come what should be the most fun part of this web site--tracking the performance of the system.