This is to certify, that Elizabeth Delahoy, daughter of James Olivant Delahoy and Elizabeth his wife who was daughter of John & Elizabeth Omer, was born in No. 6 Deptford Bridge, in the Parish of St. Alphege, Greenwich, in the County of Kent the Twenty-fifth day of August, in the year One Thousand Eight Hundred and Nine at whose birth we were present. J. L. Shirreff, Surgeon, Sophia Delahoy. Registered at Dr. William's Library, Redcross-Street near Cripplegate, London. June 5th, 1810.

1817 William, son of William and Mary Billing of Brightwell, was baptized on July 25th in Brightwell Baldwin, Oxfordshire. William was a farmer. [7]

1818 Charles John, son of William and Mary Billing of Brightwell, was baptized on October 22 in Brightwell Baldwin, Oxfordshire. William was a farmer. [8]

1820 Emma Frances, daughter of William and Mary Billing of Brightwell, was baptized on March 29 in Brightwell Baldwin, Oxfordshire. William was a farmer. [9]

1821 Nathaniel, son of William and Mary Billing of Brightwell, was baptized on April 5th in Brightwell Baldwin, Oxfordshire. William was a farmer. [10]

1822 Sophia, daughter of William and Mary Billing of Brightwell, was baptized on August 21 in Brightwell Baldwin, Oxfordshire. William was a farmer. [11]

1829 "William Billing was a widower with seven children: Charles 1818, Emma Frances 1820, Nathaniel 1821, Sophia 1822, William 1823, Samuel 1825, James 1826. Also had William born 1817 and died 6 days old. His first wife was his cousin Mary Billing, daughter of Richard. They lived in Brightwell, Oxford when first married as children up to 1822 recorded there. Lived on what was called "The farm" in Brightwell according to Mr. Hilgrom Cox, recorder at Brightwell, and at Bledlow lived in a lovely old house called the Manor House which belonged to the Lord of ____." [13] The owner of Bledlow Manor House was Robert Smith, 1st Lord Carrington (1752-1838), a tory supporter and friend of William Wilberforce. Bledlow house and lands between 1812-1943 were occupied by a school and a succession of tenant farmers (VCH & Lipscombe). [14]

1829 Elizabeth Delahoy was employed at age 20 as a governess in Buckinghamshire, England, by William Billing, a widower with five sons and two daughters who ranged in age from three to eleven. [15]

Marriages solemnized in the Parish of Greenwich in the County of Kent in the year 1831. William Billing Esquire of the Parish of Bledlow in the County of Buckingham Widower and Eliza Delahoy of this Parish Spinster were married in this church by Licence this thirteenth day of July in the Year One thousand eight hundred and thirty one By me J. S. Masters Curate. This marriage was solemnized between us: William Billing Eliza Delahoy In the presence of John Omer, Elizabeth Moore, Sophia Delahoy, Charlotte Delahoy. No. 580.

1834 William Billing assigned his estate and personal effects to Richard Billing on August 14. [22]

1834 The packet ship Hannibal, Captain Hebard, left Portsmouth on September 20 and Deal on September 21, and sailed for New York. [23]

1834 The ship Hannibal from London, Captain Hebard, arrived in the port of New York on October 24. The passenger manifest includes William Billing, age 45, farmer from Great Britain, and his sons Chas John, age 16, and Sam, age 9. There is a note in the "Died on the voyage" column on the lines for William and Charles John, stating "8& ____" and "9 Cabin." [25]

When your grandmother and I visited Bledlow we went to "The Hall" where she lived as "The Squire's Lady," and I saw the room where your father was born, the church where he was christened, and we came across some of your grandmother's old servants, who still addressed her as 'My Lady.' The squire was much older and he used to ride on horseback over all his domains … but one day he was thrown over the saddle, hurt himself in some way, was sent on a sailing vessel to recruit [recoup?], died and was buried at sea, and some months later your father was born, and later your grandmother sold out her possessions in Bledlow, and went back to her people in London. That's the story as I remember hearing it.

William Billing was injured in a fall from his horse and ordered on a sea voyage by his physician and died at sea. His sons James and Samuel were with him and were evidently taken by passengers on ship. William's son Charles was in Canada wither they were bound. The family of Nathaniel Billing (son of William) in Melbourne, Australia, has a bible with entries showing death dates of brothers and sisters. … Emma F. died young & William married … (London) & died childless. James d. in Toronto in 1887. Sophie m. & went to Valparaiso and had a dau. Three of the children were taken by Richard Billing (brother of Mary) of Reading. Eliza Delahoy went back to Mothers home in London.

1839 Frederick William Miles and Eliza Billing were married in Salters Hall Chapel in the City of London Union on July 4. He was listed a widower, Baptist minister, and son of Elijah Miles. She was a widow and daughter of James Delahoy. They were both living at 2 Queen Street Place Southwark Bridge at the time of the marriage. Witnesses were Mark Moore, Charlotte Delahoy, and Lydia Moore. [28] [29] [30]

Bowdoin Square Baptist Church, where Reverend Cushman was pastor from 1841-1847, and Bowdoin Square are shown in a print on the Historic New England website. [34] 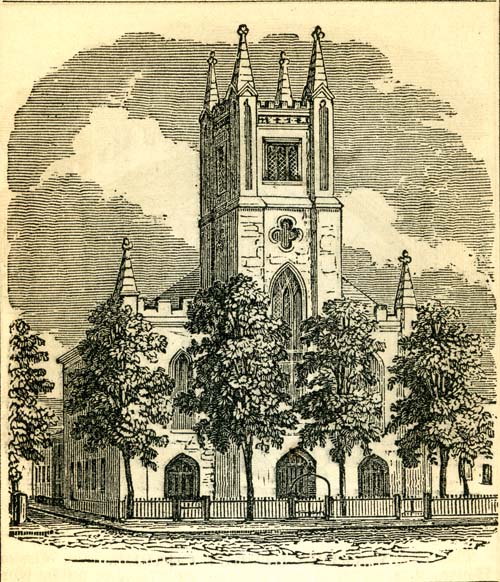 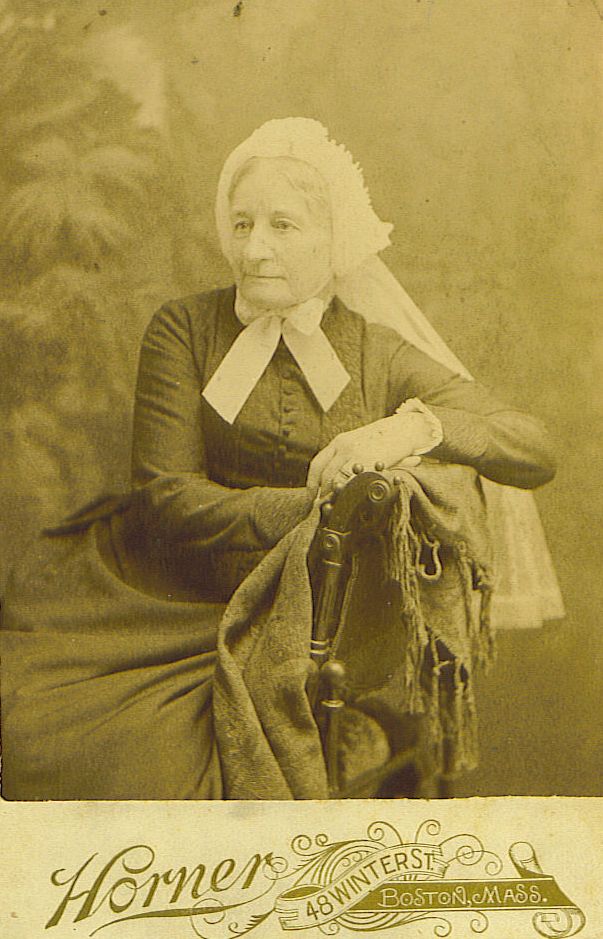 I, Eliza Cushman, of Boston, in the County of Suffolk and Commonwealth of Massachusetts formerly of South Reading in the County of Middlesex, Widow, being of sound and disposing mind and memory do hereby make and publish this my last will and testament, hereby revoking all former wills by me at any time heretofore made, and especially do hereby revoke a will made by me on the sixth day of June A.D. 1868, said will having been executed by me under a misunderstanding and misaprehension of the facts. Item;- I give devise and bequeath all my property of every description to my daughter Ella C. Davis wife of Dr. Samuel A. Davis and pursuant to and in execution of the power given to me in and by the last will and testament of my husband Robert W. Cushman, I give devise and bequeath all the estate left by my said husband at his decease and any accumulation thereof to my said daughter Ella C. Davis, and I intend hereby to exclude from any bequest under this will my son Frederick B. Miles and his heirs having heretofore made advances and loans to him which I do hereby cancel and discharge and also to the exclusion of any and all other heirs or relations which I may have. I do hereby nominate and appoint my said daughter Ella C. Davis and her husband Samuel A. Davis Executors of this my last will and testament and request that the Court will not require of them or either of them any surety or sureties upon their official bonds.
In testimony whereof I have hereunto set my hand and seal this Seventh day of December A.D. 1889.
Eliza Cushman (Seal) Signed, Sealed, published and declared by the said Eliza Cushman as and for her last will and testament in the presence of us who at her request and in her presence and in the presence of each other have subscribed our names as witnesses hereto. Robert I. Burbank - Boston. John A. Noonan. Walter C. Burbank.

d. Bunker Hill District, Charlestown, Mass., May 4, Eliza Cushman widow of Rev. R.W. Cushman, age 80 years 8 mos. She was originally the wife of Rev. Frederick Miles, one of the founders of the New Brunswick Baptist Educational Society and the first principal of the Seminary established at Fredericton. Mr. Miles went to England on a collecting agency for the institution. He succeeded in bringing home some money, but what was better, he brought a wife of priceless value. She was the daughter of Mrs. Moore of London; she was highly educated. Sometime after the death of Mr. Miles, she married Rev. Dr. Cushman at that time pastor of the church at Bowden Square, Boston. By him she had one daughter who in the process of time became the wife of Dr. Davis. After the death of Dr. Cushman, she remained with her daughter.

1890 The will of Eliza Delahoy was proved on June 2 in Suffolk County, Massachusetts. [52]

Elise (or Eliza) Delahoy or (Delahaye) was born in 1809 in Greenwich, England, of French ancestry, and died in Boston in 1890. She was the second wife of William Billing, born in 1788. He was a widower with 7 children. Elise became the governess for his children. They were later married in 1831. They had one child, Frederick Billing, later known as Frederick Billing Miles. William Billing died at sea in 1834. Her son, Frederick Billing Miles, was born at Bledlow Bucks, England in 1833 and died in Chicago in 1891. He, at one time, was a partner of Philip Armour in Milwaukee.

Elise married the second time to Rev. Fred Miles in 1839, a Baptist minister, also a widower. They emigrated to Fredericton, New Brunswick. Her son may have been adopted and became known as Fred Miles, like his step father. The Miles had a child who died. Following Mr. Miles' death, Elise married Rev. Robert Cushman. They had a daughter Ella (later Mrs. S. A. Davis). This would be the Ella mentioned in Elise's letter to her grandson, Frank Miles (son of Frederick Billing Miles). They lived in Washington and Boston. Grandma Cushman (as my mother knew her) died in Boston on May 4, 1890.

Henry Wyles Cushman states that Robert Cushman's second wife was the "widow of Rev. Frederick William Miles of Frederickton--a lady of distinguished intelligence and Christian virtues. Her maiden name was Delahoy, of French Huguenot descent. She bore Robert Cushman 3 children, 2 of whom died in infancy." [54]

[18] Edith Billing Miles Todd, "Ancestors of Edith Marian Billing Miles," Manuscript, FHL Fiche 6004403, "In reply to your letter of the 20th ultimo:, I have made enquiry and find that a marriage was solemized at the Parish Church of St Alfege, Greenwich on the 13th of July 1831, between William Billing, of Bledlow, Bucks, Widower, and Eliza Delahoy, of the Parish of Greenwich, Spinster. The marriage ceremony was performed by J.S. Masters, Curate. The names of the witnesses who signed the Register were John Omer, Elizabeth Moore, Sophia Delahoy, and Charlotte Delahoy." Letter to Edith Miles, 3231 Forest Avenue, Chicago, Illinois, from Francis Robinson, Town Clerk, Borough of Greenwich, 15 June 1908, [FHLCatalog].