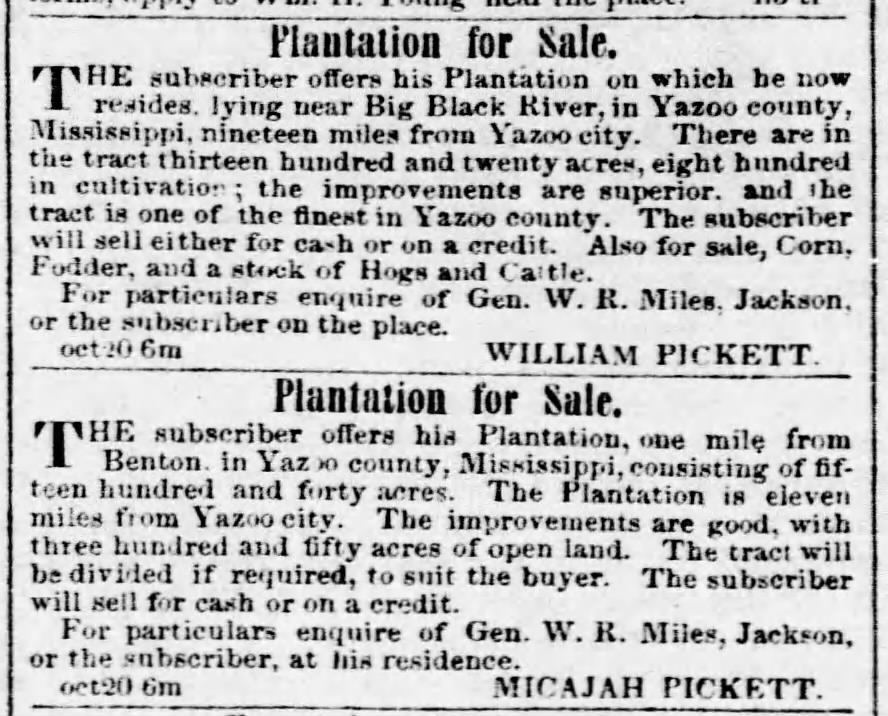 1848 William and Micajah Pickett put their plantations in Yazoo County, Mississippi up for sale.
The Weekly Mississippian, Jackson, Mississippi, December 8, 1848. [4] 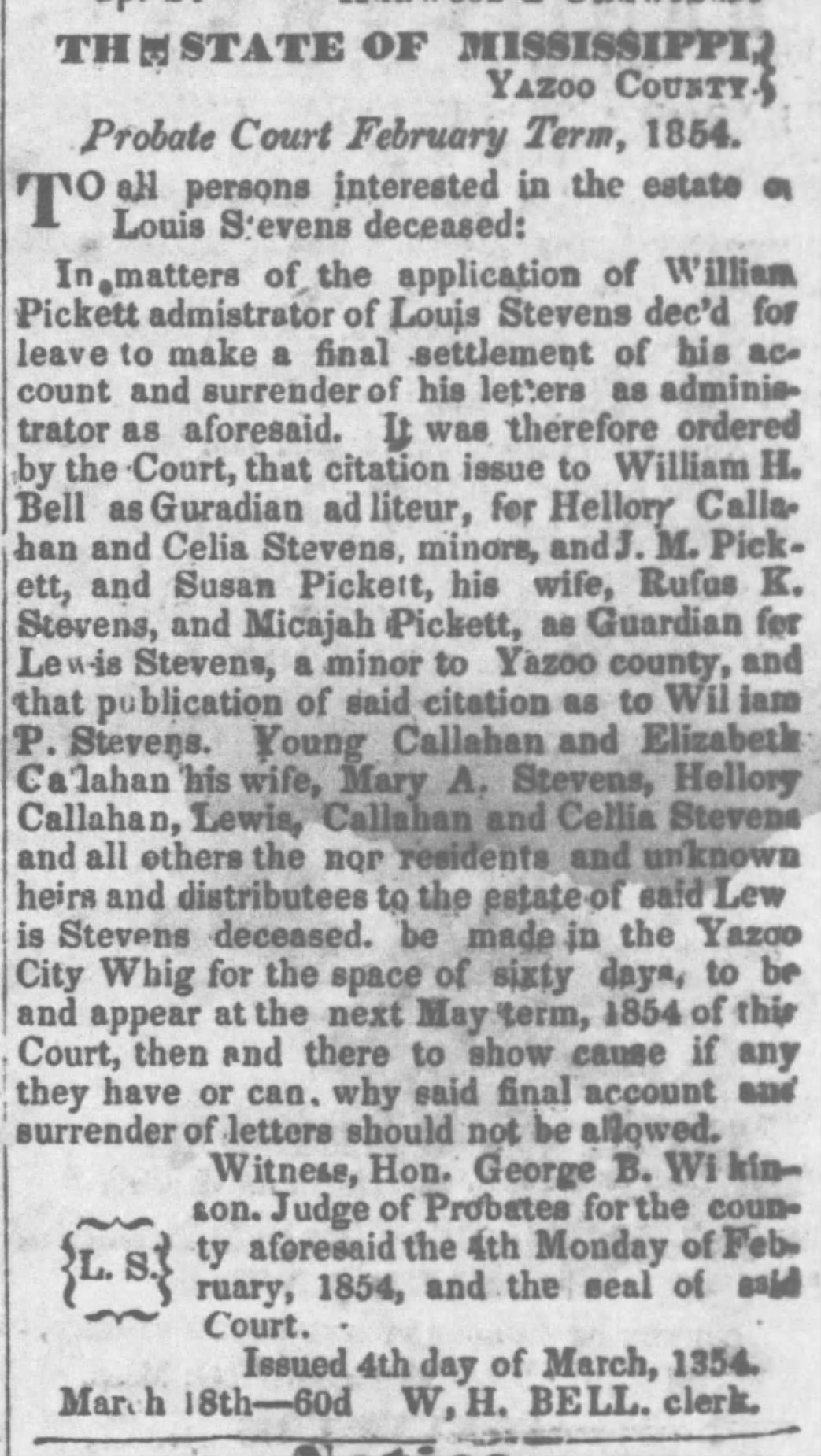 1854 J.M and Susan Pickett and Micajah Pickett were guardians for minor children of Stevens in Yazoo County.
The Weekly American Banner, Yazoo City, Mississippi, May 12, 1854. [6]

1866 The inventory of the estate of William Pickett, deceased, was presented to the court in Bolivar County, Mississippi. [9]

1868 Eliza Pickett was named guardian of the minor children of Samuel Dupuy Goza. [11]

1869 Eliza Pickett prepared the final account of the estate of William Pickett, deceased. William had died intestate in the Fall, 1863. E Pickett made an account as guardian of the minor heirs of S.D. Goya: William, Aaron, Eliza, and Samuel (perhaps the Gray children named in the 1870 census). [12]

A History of Bolivar County compiled by Florence Warfield Sillers and members of Mississippi Delta Chapter, Daughters of the American Revolution, and the County History Committee, Edited by Wirt A. Williams reported the following. [15] See also [16]

In 1860, Major Aaron Goza, the grandfather of Aaron Fontaine Goza, Kirk Goza, and Shelby Goza of Bolivar county, Mississippi, was the largest cotton planter in the South, owning vast plantations in …

… death hastened the Gozas' return to the South. The second son, Jimmy Goza, went to Pine Bluff, Arkansas. Dupuy Goza came to Mississippi where he owned the Glover plantation, now the property of Mrs. Alice Blanchard.

During the 50's, Colonel William Pickett came from Yazoo City and developed the adjoining plantation, Clear Lake, and the other Lake place. The oldest son, Will Pickett, at the age of fifteen, ran away to the Civil War. His sister, Mary Pickett, married Dupuy Goza and united the several properties. They had three children, Aaron Fontaine, Samuel Dupuy, and Eliza. When Aaron F. Goza, the father of the present generation, was six years old, both parents died in a few …

1860 An announcement in the North Carolina University Magazine reported that Mary Pickett and Mr. S. Dupuy, of the Class of 1857-'8, were married on January 5 at the home of William Pickett, the bride's father, in Yazoo county, Mississippi. [17]

1860 An announcement about the class of 1858 in the A Record of the Proceedings of the Alumni Association of the University of North Carolina reported that S. Dupuy Goza of Carroll Parish, Louisiana had died not long after graduation. [18] [19] [20]