1753 On 6 day of month 9, at the Chesterfield meeting, a certificate from Bethlehem in Kingwood for Esther Coate and her daughter Amie and son Daniel included was read and received. [4]

1774 "Run away from the subscriber, living in Evesham, an apprentice lad, named Thomas Bradshaw, about 18 years of age, with dark hair and eyes, about five feet three inches high, pretty well set; had on when he went away, an old check shirt, ozenbrigs trowsers, a striped under jacket without sleeves, old felt hat, and shoes with plated buckles; is a bold talkative fellow. Whoever takes up and secures said apprentice, in any goal, so that his master may have him again, shall have Twenty Shillings reward, and reasonable charges, paid by Daniel Coate". [11]

1775 Daniel Coate was named on the grand jury list for the February term in Burlington County. [12]

1786 Ruben Hains made a deed to transfer meadow land to Solomon Hains, on April 14. The transfer was perhaps related to a boundary adjustment. The deed reported that Rhuben Hains "did by his indenture of bargain and sale dated the twenty fourth day of March 1749 Convey a certain part thereof according to certain Butts and Bounds therein described said to contain one hundred and fifty acres of land with allowance unto Sarah Mills widow living in said Township which said plantation is now by virtue of his marriage with Sarah Mills Daughter of the afsd Sarah Mills Widow in the possession of Daniel Coate and whereas it appears probable that on the strict mensuration of a certain piece of Meadow Ground said to be two acres adjoining to the aforesaid Plantation South Easterly …" [13]

1792 On 2 month, Said meeting further inform that Sarah, the wife of Daniel Coate hath been treated with for joining with the society of the Methodists. She was disowned. [15]

1794 Daniel Coate was named on one of 13 petitions dated 20 January 1794 to the Council and General Assembly of Burlington County to allow the inhabitants to vote on certain matters. [16]

1797 Daniel and Sarah Coate, of Evesham Twp, sold land to Robert Walton, on 4th day of 5th month, 1797. The tract was in Lumberton, on the west side of the road leading to the old long bridge, adjacent to land of Eber Moore and Peter Howard. [19]

1800 Daniel Coate and wife Sarah, of Oesham [Evesham] Twp, Burlington County, sold land to Samuel Coate, their son, for 6 cents, on December 4, 1800. The two contiguous tracts were on the south five of the fourth and main Branch of the Rancocas Creek, joining the town of Lumberton, adjoining land formerly of Sarah Mills, Paul Custer, the road from Lumberton to F?oster town. The second tract was "part of the estate formerly belonging to the said Sarah Mills being mother to the now wife of the said Daniel Coate". [21]

c 1800 Daniel Coate's son Sale (Asahel?) Coate was one of the pioneer land-owners of Lumberton and his plantation just south of the village has been passed down to Philip S. Coate of Philadelphia. The Coate family were ardent, old-fashioned, Methodists, and the Coate mansion was the preacher's home. … Samuel Coate was one of the preachers on the circuit in 1800 and Michael, a brother of Sale, was a preacher...and presiding elder of the Burlington circuit in 1811-1814. [22]

1802 Daniel Coate [Coat] of Evesham Twp, Burlington County, died at age 63 and was buried at the "old Methodist burying ground" located on the east side of the railroad, in the southeast part of the village of Lumberton. The estate appraisal by Asahel Coate, Philip Striker/Streaker, Bethuel Moore and John Haines listed personal apparel $17.50; desk, beds, bedding and sundrys $70.75; beds, bedding, kitchen, furniture, and sundrys $70.25; corn, hay and sundrys $175.50; horses, cows, hogs, and sundries $303.00 and rent due from George Laxtor? for 1801 $16.66. Son Asahel was the administrator and on 4 November confirmed the appraisal of the estate made by John Haines. [24] 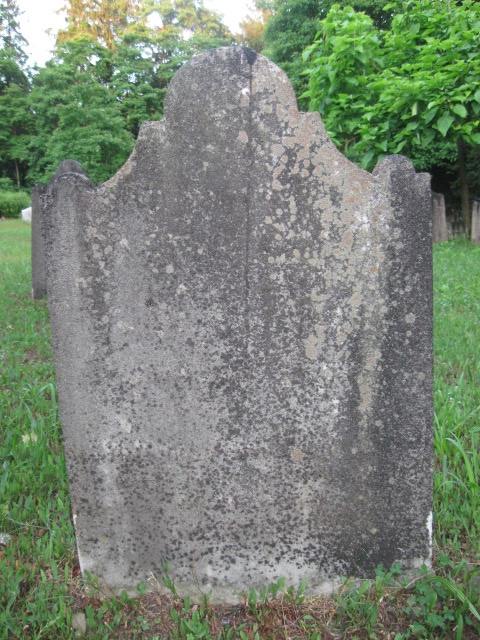 1803-11 Daniel Coate, deceased, of Evesham, intestate, not having made a will, leaving his only children; Sarah (Coate) Page, the wife of Thomas Page, Jr., John Coate, Asahel Coate, Michale Coate, and Samuel Coate. The present petitioners for division were: Samuel Coate claiming 2/9ths, Asahel Coate claiming 2/9ths, and Michale Coate claiming the other 2/9ths. Sarah and Thomas Page had conveyed Sarah's 1/9th share, and John Coate his 2/9ths share to Asahel Coate in 1803 (each of the men had two shares each and Sarah only one). Dated 13th May 1804, recorded 15th November 1811 [28] with a map [29]. [30]

1803 On 4 January, Asahel Coate was named administrator for the estate of Daniel Coate, of Burlington County, who died intestate. [31]

1804 "I do hereby asertify to whom it may concern that I agree that Asahel Coat shall administer to the estate of my husband Dan'l Coat deceased as I wish not to anything to do with the business. Sarah Coate." [32]

Whereas Daniel Coate late of the township of Evesham and County of Burlington deceased in his life time and at the time of his death by force and virtue of sundry conveyances and (assurances?) in the (law?) to him duly made and authenticated became seized of and in two hundred and fifty five acres of land situate in the township of Northampton & County aforesaid as by a late survey of the same recorded in the surveyor General's office, in the city of Burlington in Lib AA p. 220 will appear and being so thereof seized departed his natural life intestate. Sinced the alteration of the law directing the descent of real estate (?) the twenty-fourth day of May one thousand seven hundred and eight (smeared page makes it read eighty) in consequence all his said land and real estate descended to and vested in Michael Coate, Asahel Coate, Sarah Page wife of Thomas Page junior, late Sarah Coate, John Coate, and Samuel Coate only children and heirs at law of the said Daniel Coate. And the said Thomas Page and Sarah, his wife being so seized of one equal individed ninth part of all & singular the land aforesaid, sold and conveyed the same in fee to the said Asahel Coate as by their deed dated the (?) day of (?) one thousand eight hundred and three as by reference to the same will appear. And the said John Coate being of one equal undivided two ninths of all and singular the lands aforesaid sold and conveyed the same unto the said Asahel Coate in fee by deed dated the (?) day of (?) in the year last aforesaid as by reference to the same will appear. And whereas the said Michael Coate & Samuel Coate each of them holding two ninths of the land aforesaid and the said Asahel Coate, in his own right and by virtue of the conveyances aforesaid holdeth five ninths of the premises aforesaid and holding the same undivided as tenants in common and being willing and desirous that a full fair and compleate division of all & singular the lands aforesaid should be made between them & to prevent all causes of strife and litigation as well as to perpetuate amity and friendship between them have and by these presents do nominate constitute and appoint (Nathaniel?) Moore and Job Jones of the said county of Burlington commissioners to divide the same between them agreeably to the directions of the aforesaid recited act and the division being so made & authenticated under the hands and seals of the said Commissioners shall be binding and conclusive on them their heirs and assigns respectfully therein. In witness whereof the said Michael Coate, Asahel Coate, and Samuel Coate hath hereunto set their hands and seals the thirtieth day of May in the year of our lord one thousand eight hundred four. (1804). Following this paper, is another that repeats, almost exactly, the above plus a physical description of the property and it seems that both of these papers were filed together in 1811. Recorded 6 November 1811.

1825 Sarah Coate died at age 80 and was buried in the same cemetery as her husband Daniel Coate. Her will was recorded at Burlington, NJ [38]:

Joshua Sharp one of the witnesses to the aforewritten will alleging himself to be conscientiously scrupulous of taking an oath and being duly affirmed according to law doth declare by that he Saw Sarah Coate the testatrix therein named deceased sign and seal the same and heard her publish pronounce and declare the aforegong writing to be her last will and testatment: that at the time of the doing thereof the said testatrix was of sound and disposing mind & memory so far as this affirmant knows and as he verily believes and that Hannah Stockton and Haines Sharp the other subscribing evidences were present at the same time & signed their names as witnesses to the said will together with this affirmant in the presence of the said testatrix. Joshua Sharp Affirmed the 6th day of August 1825 before me Abrm Brown Surrog

Asahel Coate executor in the aforewritten will named alleging himself to be conscientiously scrupulous of taking an oath and being duly affirmed according to law doth declare & say that the aforewritten instrument contains the true last will and testament of Sarah Coate the testatrix therein named deceased so far as he knows and as he verily believes, that he will well and truly perform the same by paying first the debts of the said deceased and then the legacies in the said testament specified so far as the goods chattels & credits of the said deceased can thereunto extend; and that he will make & exhibit unto the Prerogative Office at Trenton a true and perfect inventory of all & singular the goods chattels & credits of the said deceased which have or shall come to his knowledge or possession or to the possession of any other person or persons for his use & render a just & true account when thereunto lawfully required. Asahel Coate Affirmed the 6th day of August 1825 before me Abrm Brown Surrog

1812 Asahel Coate and wife Mary, of Northampton Twp, sold land to Edward McNinney, on March 21, 1812. Asahel had inherited the land from his father, Daniel Coate, deceased. Daniel had the land in Northampton by survey AA-220. Daniel died and left children Michael, Asahel, John and Samuel, and Sarah Page, wife of Thomas Page. [39]

1825 On 9 September, "A true and perfect inventory of all and singular the goods and chattels, rights and credits belonging to the estate of Sarah Coate, late of the township of Evesham, in the County of Burlington and state of New Jersey deceased made the ninth day of September in the year of our Lord one thousand eight hundred and twenty five. Wearing apparel $12. Books $10. Household Goods $43. The whole amount $65. Appraised by us Joshua Sharp, Daniel Fenimore." The inventory was affirmed by Asahel Coate, executor of the estate. [40] 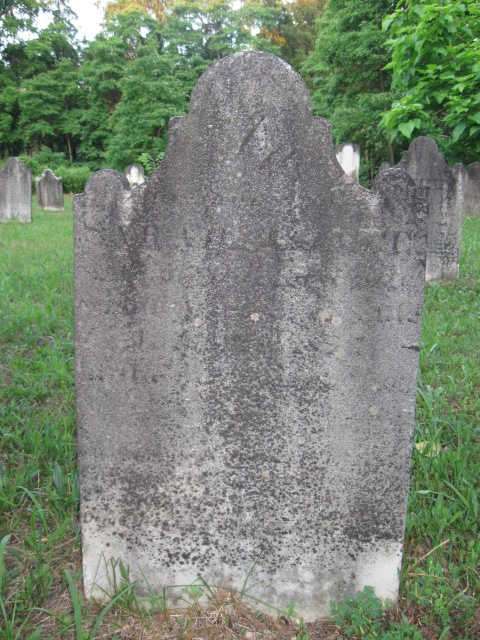