It has been a very warm and sunny winter here in Michigan. Whether it's just a statistical outlier or the onset of global warming, I don't know. But aside from the month between Thanksgiving and Christmas, there hasn't been very much cold weather, and even less snow. February and early March have been spectacularly sunny, and my solar numbers reflect that.

Here's a chart showing the average daily kilowatt-hours generated by my roof, by month.

Several things to note:
Taking all of that into account, here is a chart comparing my average daily solar and grid usage since August:

And in the lemonade-out-of-lemons category: Last year, there were only three trees which could cast shadows on my solar shingles. This would only happen in the early morning or the dead of winter, but still they were cutting into my solar power. For better or worse (actually both), all three trees were emerald ashes, and had been infected by the emerald ash borer. As you can see from this picture from April 2005, the trees were already dead: 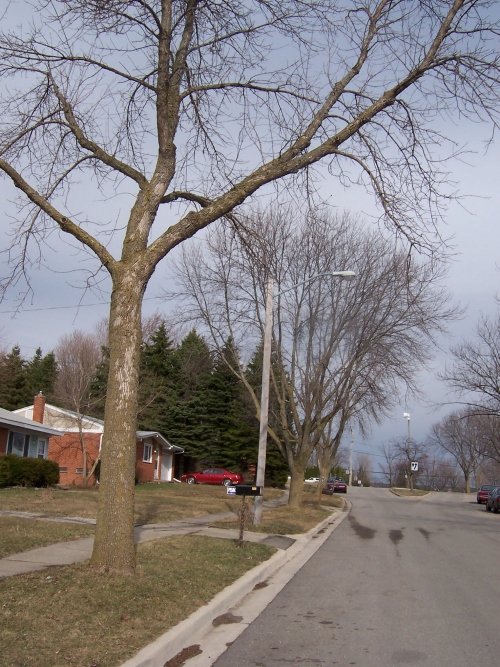 As a safety measure, the city came through the neighborhood in December and cut down all the ash trees. So now, it's all sun, all the time. 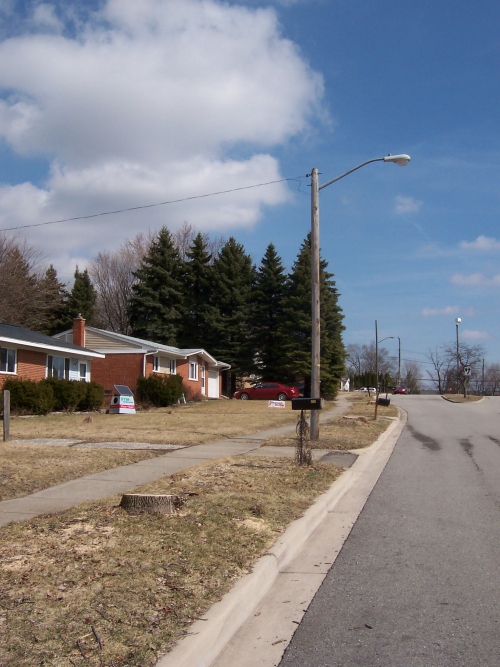 And yes, that second photo was taken today, March 12, 2006, technically still winter in Michigan. I was wearing shorts and a T-shirt when I took it. Sixty-three degrees! (It feels warmer than that.)

Last year, as we were assembling my solar system, the Michigan legislature and eleven electrical utility companies (including DTE) reached a net-metering agreement for Michigan. Also last year, Outback Power Systems introduced net-metering compatible battery-based inverters--in other words inverters with all of the capabilities of mine PLUS the ability to sell back to the grid. Figuring my timing was just a bit off and happy with my system, I didn't think about it too much. Until recently.

I looked up the details of the Michigan net metering agreement, which can be found on page 237 of a lengthy PDF file from DTE (Standard Rider No. 16). I also called Outback to see if the new inverters are interchangeable with my current FX2548. They said that they were; furthermore, they can upgrade my FX2548 in about ten days for $350. A better option, if I can find a buyer, would be to buy one of the new inverters and sell my old one. The current price for an FX2348 is $1493, while the grid-tie-capable version is only a few dollars more. So, if I can sell my current inverter for $1300 or so, both the buyer and I can save a couple hundred bucks.

So--any readers out there planning an off-grid system who might need an almost new 48V, 2500W inverter? If you're nearby, stop over and I'll throw in a bunch of wire and other goodies you may need for your project!

(Note: I'm not sure if the FX2348 is the same inverter as I have. Mine was listed as an FX2548--either they modified the design to a slightly lower power output, or they determined that the 2500W rated output was a bit optimistic. I don't think I've ever pushed mine to anything close to 2500W.)