The Washtenaw County solar tour will happen on October 8, and my house will be on it! Please come!

There will be other tours around Michigan on October 1 and October 8.

I ordered the Flowrite Profill battery watering system last week. It arrived on Saturday, and I was able to connect it up in about 20 minutes: 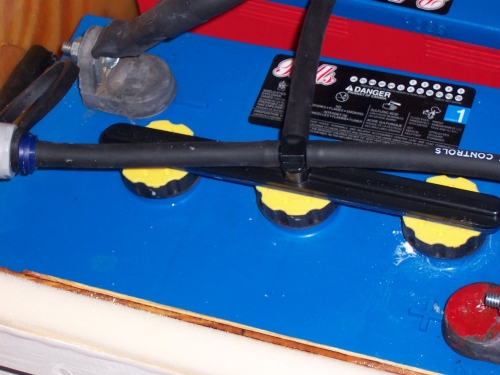 Special caps replace the original battery caps. Each cap has a float which cuts off the flow of water when the cell is full. The manifold distributes the water to the three cells in each battery.

The battery manifolds are connected together with rubber tubing. Each manifold has three connectors. The unused connectors are capped off. 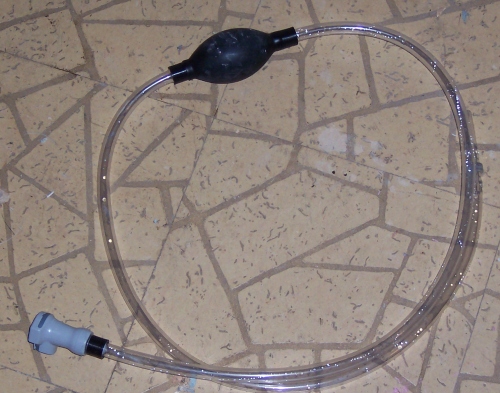 A hand pump is connected to the manifolds with a simple connector, and the other end goes in the bottle of distilled water. When the pumping gets hard, the batteries are full.

Even last year, after substantial conservation efforts, I was still using about seven kilowatt-hours of grid power a day. Now, with the sun providing most of my electricity, I'm down to one kilowatt-hour--per week!

I finally got around to making a schematic of how the shingles were wired together in the attic. Here it is:

The solar tour is officially scheduled for October 8, and my house will be on it. Unfortunately, that is the day of a U of M home game (vs. Minnesota at 1 PM), which will make it more difficult for people to get around town. My house and several other sites are on the north side of town, away from most of the traffic, so please come if you can! I'll post more details when I get them.

I've got the Winverter software working on my computer now. When connected to the RS232 port on the Outback Mate, Winverter presents a graphical representation of what's happening with the charge controller and inverter. Here's a screen shot: 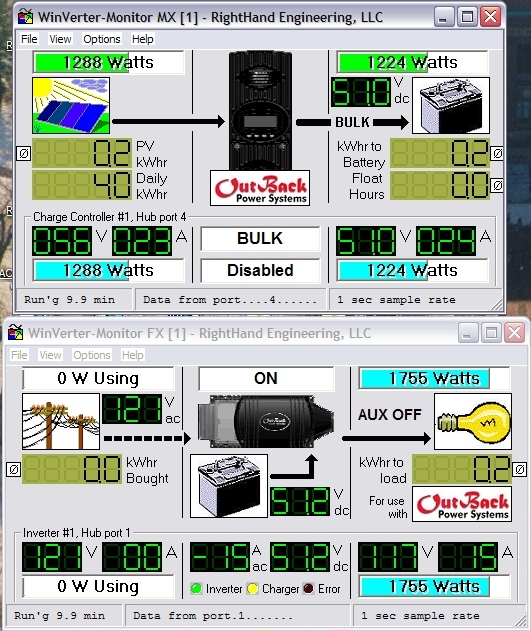 Winverter is available from RightHand Engineering for Outback and Xantrex equipment.

I went through the charge controller's log of daily solar power received. Here's the chart: